Not silent, but controlled

Transport is always has an impact on our environment. Both the construction project and the operation of the second core route will generate noise. All applicable regulations on noise protection will of course be complied with in order to reduce noise pollution to a tolerable level.

One major advantage of the second core route is that most of it will be deep underground. At this depth, the trains will generate no noise at all at surface level. Between Laim and the Donnersberger Bridge, and in the area around Leuchtenbergring station, the new core route will run above ground. In these areas, measures will be taken such as installing noise barriers along parts of the route.

Construction work at the above-ground sites will span multiple years in some cases – especially in the areas around the starting pits, subterranean stations and rescue shafts. This means residents will inevitably experience a certain amount of noise.

A construction noise survey has been undertaken for each of the three planning approval sections of the second core route. The surveys calculated the noise exposure for each construction site, e.g. the underground stations and rescue shafts. Established noise calculation methods were used, taking into account the planned construction methods and intended use of construction machinery. The thresholds set out in the German General Administrative Regulation on Protection Against Construction Noise (Allgemeine Verwaltungsvorschrift zum Schutz gegen Baulärm, "AVV-Baulärm") were applied when evaluating the level of noise exposure.

In addition, background noise exposure was measured at the planned construction sites for the second core route. These measurements showed that, in some places in the city centre, background noise exposure – for example from road traffic, restaurants and passers-by – already exceeded the limits set by the AVV-Baulärm. In other words, the surrounding area generates more noise than a construction site when the limits of the AVV-Baulärm are applied. The AVV-Baulärm limits were thus adjusted at these locations to account for the existing background noise. This resulted in a project-specific limit.

To protect residents from noise during the construction period, active noise-control measures are being taken, including the installation of noise barriers. The noise barrier at Marienhof is up to 4.5 metres high in some sections and features visual artwork.

Nevertheless, there will be parts of the densely built city centre where the noise limits will sometimes be exceeded, even though active noise-control measures will be taken. This is due to the close proximity of the construction sites to the affected buildings. It will therefore be necessary to equip the affected rooms in these buildings with passive noise-control measures – usually sound-insulating windows – before the start of construction.

Night work will also be necessary during some construction phases in order to keep rail operations running. This will particularly apply to the connection of the second core route to the existing infrastructure. Information for residents will be provided to update those living near the worksites on the construction process. 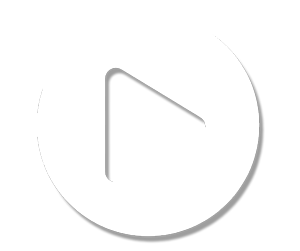 Noise-control measures after the opening of the second core route

There are many sources of noise along rail lines, for example the contact between wheels and rails, the air displaced by moving trains and the sounds made by electric motors, brakes and shunting movements.

As sounds are produced, they spread out in the form of pressure waves which, depending on their strength, may be perceived as a disturbance, i.e. as noise. Everyone's perception of noise is subjective – which is why traffic noise is assessed using a set formula.

The legal basis for protection from transport noise generated when railway lines are built or upgraded is the German Federal Pollution Control Act (Bundes-Immissionsschutzgesetz, "BImSchG") and the related German Traffic Noise Ordinance (Verkehrslärmschutzverordnung). The binding noise limits set out in these regulations will apply to the second core route. The noise generated by rail traffic is calculated in accordance with the German "Schall 03" directive (1990 version) and compared against the legal limits.

The general aim is to avoid or reduce noise from rail traffic to the greatest possible extent. This can be achieved, for example, through the use of "specially monitored track" (SMT). When wheels and rails come into contact, a simple rule applies: the smoother the wheel and rail surface, the more quietly the train rolls along the track. Acoustic measurement runs are therefore carried out on each section of track and the rolling noise between wheels and rails is significantly reduced by regular rail grinding. The records of the half-yearly measurement runs are submitted to the Federal Railway Authority.

The second core route will run largely in tunnels. As such, the trains will generate no noise at surface level at all. For the above-ground sections of the second core route between Laim and the Donnersberger Bridge, and in the area around Leuchtenbergring station, a noise assessment report was prepared as part of the planning approval process.

Noise barriers with a total length of 1,140 metres and heights of 4 m or 5 m above top of rail are planned between Laim and the Donnersberger Bridge. A plan is also in place to designate around 34 km of main-line and S-Bahn tracks as specially monitored track. These measures will enable compliance with the limits at numerous noise pollution sites. At the remaining noise pollution sites, residents are entitled to passive noise control measures, such as sound-insulating windows.